To say that the reading of these three essays did not affect me to a point of regenerating some sort of past existentialism crisis is an understatement. The Colloid and the Crystal reminds me of when at an early age of my life I read some of the classic authors as well as philosophers; however, age has diminished the memory capacity and I can barely remember the name of the authors and many of the books I read. Probably is why this essay resuscitated my process of questioning and interpretation of a reading. Robert Graves and the Twelve Caesars brings the confrontation when one is young and needs to face sexual definitions influenced by different privileged patterns of life like, power and art, as well as a just plain regular life; lastly, The Lost Childhood reminded me of the process of transformation the mind goes by one who needs to be a writer rather than just a regular clerk sitting in a train named life without any justifiable direction.

However, with which one should I start? Undoubtedly with the mastering of existential conflict, who compares life of a simple crystalline structure to a colloid, followed by how power and art can saturate the sexual life of the privileged ones and finish with the interpretation of forming a mind, three elements indispensable for the development of a human life: association through a crisis, sexual identification and development of an intellectual mind. 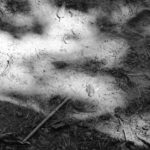 The first part of Joseph Wood Krutch, The Colloid and the Crystal reflect his vast knowledge in nature; after all, he is a naturalist. His full description of the beautiful picture drawn by nature in the windows he found when he went down to eat his breakfast gave birth to the conflict of desirability wanting to scratch his initials in one of the window panes. His first encounter in this narration of good and bad, depending who was interpreting it, but is more relevant to the sense of destruction we humans carry since birth.

Another interesting aspect of Krutch’s reflection is over animate and inanimate life, “things and creatures” elaborating a crisis of existence by doubting whether man is a creature or a thing or if is comparable to the life of other animals and plants.

“Life is rebellious and anarchial testing the immutability of the rules which the nonliving changelessly accepts.” The power of this sentence motivated my desire to find a bridge strangely built parallel to human life, resulting with an uneducated opinion stating a hypothesis, that man is just a puppet of the Gods of life directing him to its own destruction. Life as it is, incomprehensive enough for many who want to believe that our own mutability is in another form of life: Reincarnation, heaven or hell. I dare to believe that is nothing more than changes within the changes transporting me to the interpretation of nothingness: life is what life is, nothing! On the other hand, perhaps is how Krutch ends his essay defining his God, “is as what makes green the grass and red the blood.” Pure realism.

How can one interpret his deliberation on whether is one or two when he says, “All is not one thing, but two?” Is he differentiating the aspect of animalism and spiritualism? Is he? Are we matter and soul? Is he saying that all spiritualism belongs to a soul and all sexual impulses refer to the body, who is just plain matter?

Our sexual life, governed by the influences of religion, morals and our own interpretations, have been discussed by humankind and great philosophers. When Gore Vidal talks about the translation of Robert Graves and the Twelve Caesars, written by Suetonius while working as the private secretary to Emperor Hadrian, mentions that, of “the sexual life of the twelve Caesars, only Claudius was regular” meaning that the rest had a sense of privilege and thought to be beyond the common citizen criteria and were free to display all sexual habits as normal behavior.

What makes develop such appetite for what others consider “abnormal”? Furthermore, who and under what authority can define the manifestation of the animalistic sensation as such? If one considers limitations under his own interpretations, whether moralistic or religious, is just the definition of this individual proceed.

We establish sexuality since an early age and grows as we do influenced by the teachings of many and the foundation we decide to adopt. However, does power and art can move our desires of sexual manifestation to a degree of accepting that everything goes? Are those two influences capable to make us change? Or can it be just any individual necessity to grow a different appetite difficult to understand by those who define themselves as “normal”?

All twelve Caesars wrote, some well and others mediocrely, says Suetonius. Perhaps their fear of death and that they could live less time made them liberate those sexual impulses and thought that it was part of their own definitions of human life. “Let your soul fly and permit your body the known pleasures.” Did that idea pass through the mind of the sexually liberated? However, a sure thing is that we develop what we like interpreting that is indispensable to have a sexual identity regardless of one’s preference. It is necessary to belong to a systematic society. As it is to have an intellectual level and a thinking process proficiently enough to accomplish such a task.

What brings me to a question and to the next essay. When do we start to form our minds molding a personality? Do we do it all at one time and age? Why is it that some start very early in their lives sacrificing, (is it?) their childhood? Moreover, what thinking process do they use?

In The lost Childhood Greene discusses his attribution for reading commencing at an early age, deciding to abscond his passion from all, to absorb and enjoy knowledge of civilization or about the maid who became a queen as well as other lectures that permitted the flowing of his imagination until he found The Viper of Milan. When he finished reading it, he established his identity: he learned that he would be a writer.

It happens to all of us once we discover attributes parallel to our personality filling empty brain cells with all type of definitions to build the tower of who we are.

For Greene, when he said “all the other possible futures slid away: the potential civil servant, the don, the clerk had to look for other incarnations.” Clearly he is saying, “This is not me; I am a writer, and that is what I will become.”

Is it possible that life has no purpose at all? Are we denying ourselves the only real purpose of life, which is to be born and to die? If one positions himself in any middle of nowhere looking into the infinite space, what can one see from the highest altitude? Nothing! Is not this a much better definition of life other than mystiques and wonderings for a better recompense for being in this indescriptible world?

However, we are born with an empty brain and there is nothing else to suffuse those cells other than with the ones who came before us, who filled theirs with fears and ignorance, then transferred to the following generation through genes or imposed by what is called education.

We define everything and invent sciences naming them with sophistication, but it is just to escape from the realism of our own destructiveness.

As we live what some define as human life, we all need to find an association through a crisis, sexual identification, and development of an intellectual mind, as is portrayed in my essay over three famous essays, The lost Childhood, Robert Graves and the Twelve Caesars, and The Colloid and the Crystal.