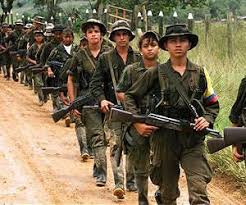 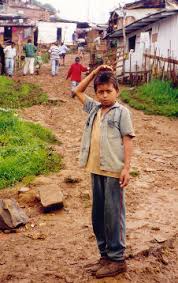 Seventeen years ago, while taking a fiction writing class at UCLA, this short story was presented as one of my works, trying to seduce an audience to the problematics of supporting incongruous wars due to the consequences of recruiting children by force. We are living it again notoriously thanks to the constant remarks of personalities that only see their particular gratification perpetrated by the fame of confusing a constituency. Of course, neither they nor their children go to the front-line war.

The story is a boy’s narration of his thinking process while in preparation for his first combat. It is about him touching areas of the continuing war with different personages, all with a story that interlaces all of us by a different grade of concern. One thing is sure, nothing has changed to protect those children nor with the politicians’ cynicism when their massacres are discovered finding bodies of teenager children that had not commenced an adult life yet.

It was 4:00 a.m., one day of the year 2002. The certainty of the year was vague for a story never-ending, and the vagueness had taken control of the memories. Additionally, I had lost the perception of time because was sleeping for several days with a high fever. However, today, there was the urgency of waking up early, since we were preparing – as a part of the training process – to have an incursion in Fuente de Oro. I could not stand one more time to be left naked all day in the middle of the rain. It was too cold. Last time I almost passed away, and Sergeant Cabeza Grande laughed at me without misericord when he threw the daily plate of beans on my face.

I stood up with difficulty and with every bone of my back in pain. Sleeping on the ground was one more thing I had to get used. There were no beds in Casanare, in the middle of the Colombian Amazon. The promise of two weeks’ vacation after the training period fed my soul. I heard that “our town[1]” is very modern, with tennis courts and swimming pools; there are “putas[2]” for free, and the best food you could ever taste. “El manco[3]” said that one day, he ate 4 “langostas[4]” when recuperating from the accident where he lost his hand; the land mine exploded, taking half of his right arm, in a battle near Villavicencio. They told him if he wanted to leave, “El Manco” could go anytime he wanted, but he said there was no life for him out in the city. He had spent almost half of his sixteen years of life in this jungle.

The voice of Cabeza Grande, with a hammering tone, yelled “despierten pila de maricones[5]” making me move quicker and get ready faster than everybody else. In fact, I was getting pretty good in all the exercises, carrying my submachine gun, shooting, moving like a serpent on the ground, jumping fences; “el cabo[6]” thought I had material to be a sergeant; if I ever made it, they will allow visits from my family in a unique house in Bogotá[7]. Only leaders were allowed to leave the camp since they always returned; the ordinary soldiers never did. Cabeza Grande y Tirofijo[8] called them “cobardes maricones[9]”.

It reminded me of one day in school, when one of my mentors, Mr. Lopez, told the Principal the day he took me to his office – for grouping the entire class not to say who threw the eraser to Juan’s head – that I had potential to lead the class towards whatever I had the inclination any day of the year. He and all the teachers never graded me based on the homework, because they knew I would never do one. However, I always did well on my tests. I think they had a meeting on me one day and consensually agreed to act leniently with me.

At 4:30 a.m., I was in line all ready for breakfast. It was graduation day. We had to be full of energy and prepared to come back victorious from this combat if we wanted to eat chicken. The cook gave us eggs, a small piece of bread, and the always beans in every meal we had. I could not understand this war. I knew nothing about it. I heard they had Forty years fighting, and neither the government nor we had made any progress in defeating each other. I think our existence was a necessity for both, or perhaps the pullers of the strings were more prominent than all the generals and presidents who came and went without leaving a mark in this conflict. Cabeza Grande said Tirofijo had money in the stock market in some cities in the United States. He told me the name of the city, but I cannot remember today. I am excited. I wanted this battle to get over and have sex.

Finally, the entire battalion composed of one hundred men and women was ready, leaving the camp around 6:30 a.m. We had to walk about twelve hours, rest four or five, walk for another one, and then attack Fuente de Oro. With the instructions, they told us that the Mayor’s town and two Councilmen had contacted the “paras[10]” and we needed to teach them a lesson, one that had to make history in the region so nobody would befriend them. They were dangerous. They were like the government army, but without controls, we were told. The plan was to approach the town from four different angles in the middle of the night when it would be more difficult for them to fight back.

Since I was a good shooter, I was assigned to the exit of Fuente de Oro, so I could take care of whoever tried to leave town. I took a look at the moon – as I had been taught in a prior class – guessed that it was probably around one in the morning. I heard the echo of the first shot, and suddenly everything was chaos. We had been ambushed. I heard a noise on my left, and when I turned my head, I saw a big older man aiming at me. The first shot hit my right arm, the second went near my heart, and the third took my life.

Nevertheless, I kept thinking… it was like nothing had happened, but at the same time I felt how life was leaving my body. I could not move… there were colors flowing in different directions… I kept thinking… of the day I had been taken away…

That day I had fought with my mom because I needed new shoes and she said she could not afford to buy a new pair. I was mad at her when I left the house, so mad, that when I met Alberto, my guard had been lowered, and I was unable to foresee the danger of his proposal to go with him.

He said that I was going to make good money, and all I had in my mind was those pair of shoes I saw at the window the day before. I had been looking for them for more than a month when my only pair of shoes began to rip away. He said some men would pay just to visit them; he called them “pedo” something. I did not care. All I wanted was money for my new shoes.

At our arrival at the filthy house, he offered me a drink. I rejected it, but he insisted, saying that it would relax me. It knocked me out completely.  When I woke up, I was on the bed of a pick-up, and all I saw were huge trees that impeded seeing the sky. That is when I realized I had been kidnapped…

[1] It is common knowledge that guerrillas have modern facilities for their leaders hidden in the middle of the jungle.

[8] Right shot, precise shot. This is the real nickname of the FARC’s leader, but this sentence is product of my imagination. Any similarity with the truth is pure coincidence.

[11]  This is also a reality in Colombia. Both guerrillas and the paramilitaries to form part of their armies are kidnapping children. In fact, one legacy that former President Pastrana left signed before leaving power was an agreement with Tirofijo inwhere they had agreed not to kidnap children for their army younger than fourteen.