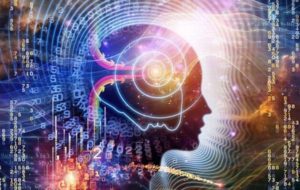 The best approach to analyze racism is using the chemical definition: “each of more than one hundred substances that cannot be chemically interconverted or broken down into simpler substances and are primary constituents of matter. Each element is distinguished by its atomic number, i.e. the number of protons in the nuclei of its atoms.”

The preciseness of its characterization cannot be ignored in these times we live. As a first instance, one of many that can be enumerated is that it is felt in every corner of the world, especially in those countries with a large number of immigrants, as is in the United States.

Its distinctness, “prejudice, discrimination, or antagonism directed against someone of a different race based on the belief that one’s own race is superior,” has grown to be a theme difficult to discuss openly in any angle of raising individuals, either at home or school; additionally, it is very sensitive no matter at what level of education one communicates.

One of the best examples used in this article is the composition of the United States Supreme Court; even though they preach of its impartiality, it is composed of several classifications: race, gender, religion, and political philosophies. All represented in the Court’s structure.

Humanity has not been able to surpass the negativism produced and has not adopted on its evolution process acceptance of racial diversity; moreover, the essentialism of acquiring a method to educate this significant matter to complete the progress to a much modern civilization has become an impossibility.

Religion continues to be a method of exploitation rather than a tool of passing an instruction to mental evolution since they prefer to deny the existence of the physical one, and its persistence is just a contribution to human self-destruction impeding a reconciliation between the education we need to accept the ethnic differences.

Furthermore, the question of how to direct the pedagogy of racism could open the door to formulate an opinion on a eugenic process, but not to create a particular race, but rather to contribute to format a more complex human being capable to interlace among skin colors and life definitions as one chooses. Separatism cannot remedy these incongruences, but it could be utilized as a parting point to encounter a route conducting to the beginning of the said process. It is unfortunate that eugenics fell into the hands of Nazi Germany and the wrong class in the United States because the principle of teaching intelligence and race development (all included) is crucial for any type of evolution.

We need to understand that both, evolution and creation, are mere interpreted theories derived by human research; in order to accept either one as a part of our own philosophies – since we are formulating an opinion based on the lecture of either script – we also need to add our research within the capacity of our understanding.

But how humanity can teach and evolve racism? The intelligence is not here yet since many people prefer to listen to the filthiness of politicians and rulers who share a psychotically, egomaniac, and narcissistic personality. Much worse, when it is easy to choose a religion because the fear of thinking is intolerant to the openness of mind.

Whatever is beyond this life can only be answered individually after death. Therefore, humanity should concentrate on developing both, mental and physical evolution, even those religious persons, by amending the education curriculum to include the instruction of racism, as well as the evolution of the thinking process, and intelligence.