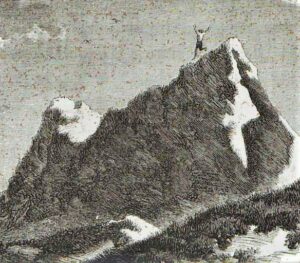 Why should this name bring some significance to speak about it? I am not famous, neither rich nor super educated (well, I have some). But the truth relies on the fact that this is my name in Colombia, the foundation of a branch of the Bustillo family tree which is unique for three generations with the same name, and we are or have been the only ones ever existed.

I always hated this name and still do, but I can say now am softening the tone and beginning to like it. Not much, but I will get there. I am commencing to understand the reasons for the prolonged stay in the current developing project. There are more things I need to do, but the time has not arrived yet.

For now, let us transfer the name Cardenio (it appears written with a C or a K) from England and Spain to a little hole of the world called El Guamo, in the Department of Bolívar in Colombia.

In this small town my great grandfather, Lizardo Bustillo Sánchez, formed a second family and had a son and a daughter. He named this son Kardenio Manuel, the only one of the two families. Here is when the inclusion occurs for the first time in this region, although other families used it with a different surname.

Analyzing customs of that era (which are still similar to the ones instituted two centuries ago,) it is simple to predict he had not much education even though in those days the family had famous politicians, writers, poets, and even a priest who had as many children as the other members had. I concluded that my great grandfather never took the name from Miguel Cervantes de Saavedra nor William Shakespeare.

Cardenio is the name of a play written by not other than William Shakespeare in collaboration with John Fletcher based on a character referenced in one of the most famous books of the world, Don Quixote de la Mancha, by Miguel de Cervantes Saavedra.

I write my name with a K, but I guess is a matter of choice. Nevertheless, the plot is about Cardenio’s romance with his demoiselle, Lucinda, and what one of his critics describes as the parallels and similarities, between what Miguel de Cervantes narrates or describes as the life of Cardenio, when in fact is a self-described part of him.

The first, I presume, English translation of the first part by Thomas Shelton was published in 1612 giving plenty of time to Shakespeare to copy the Cardenio character.

Those days were on place procedures allowing one to register pieces coming soon to be published and in 1653, the book of registers shows the History of Cardenio as one in the process of acceptance as a piece of work of Shakespeare and his associate John Fletcher; but it was never printed.

Three hundred and sixty-eight years later, with no direct linkage to the creators nor the spectrum of arts or genealogy, I appear as the only Kardenio Bustillo in the world. Perhaps some resemblance to the personalities of two famous writers who dared to invent a name that ended up over my shoulders?

Well, let me tell you in what I call a so brief narration of some of my adventures, which are in comparison to Miguel’s as a knight-errant from town to town remarkably similar. I have been in over thirty countries (I said before thirty, but I am quite sure that there are a few more,) over four hundred small towns or cities in several countries of the world. That in itself, it is something that not everyone is capable to do. In fact, a privileged gift of life.

The only difference between me and the famous writers, is that I passed through the education methodologies to obtain a couple of degrees and certificates. I also had the Real Estate Broker’s licenses regulated by the New York, California, and the Colorado States. In California, I was a Notary Public for over two decades, a registered tax preparer for about the same time.

I can write in English and Spanish poetry, short stories, editorials, translate from either language to the other, songs, poetry, and wrote the one hundred plus essays to earn my MBA in Business Administration with emphasis on criminal justice from Northcentral University.

All done with a self-taught process to learn what I call English.

Worst of all, I am opinionated, a loner – for which I happen to be content – and have either the grace or disgrace to be able to transform ideas into words, and still, many projects.

One is to begin a new real estate phase Californian style in Colombia, specifically Barranquilla in the beginning; second, continue litigation to recover properties stolen, and third, keep writing about other “blue blood” family members from both sides (have many, many stories.)

I will attempt to get into politics but criticizing methods, programs, abuses, government employees, and politicians. That is, more than what I presently do.

To end a nine hundred words article, I like to say that I am getting used to being called Kardenio. The name is unique, privileged, and famous, but not for the character that represented to Shakespeare or Miguel de Cervantes the unbalanced personage, the side personality of Cervantes Saavedra. Fame because the name of the play and its roots, and privileged, because I am the only one.