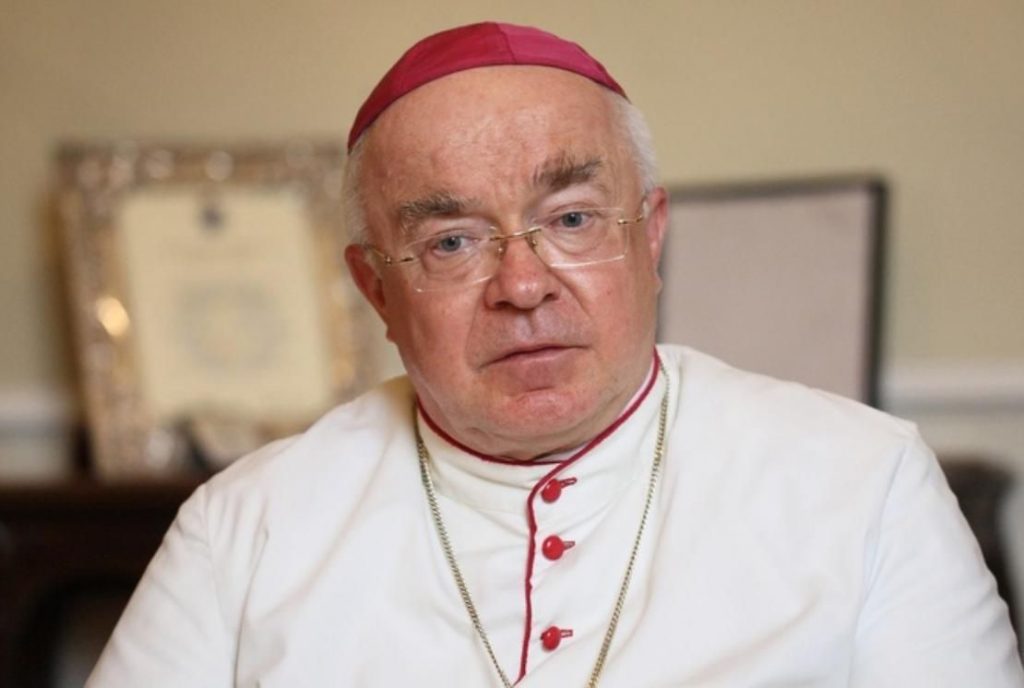 So as the latest act in the pantomime in Rome unfolds, namely the pedophile archbishop and papal nuncio to The Dominican Republic Wesolowski is in «intensive care» due to an «unspecified illness» just hours before he was due to stand trial for crimes against children. I am being asked what I think!?? Well here’s the thing!

Firstly I am not in the least surprised!!

This man is a criminal, when the proverbial shit was  about to hit the fan in the Dominican Republic and his crimes were being spotlighted, he was whisked away by the vatican to Rome where he was protected and hidden. They flatly refused to extradite him to either the Dominican republic or Poland where  he was wanted to answer for his crimes.
When we were at the United Nations in Geneva to give evidence against the holy see, this case was repeatedly put to the holy see representatives, and they repeatedly squirmed and evaded , obstinately refusing to answer any of the direct questions put to them by the UN committee.

Luckily the Committee the Rights of the Child, and the Committee against Torture (which child abuse is) was not easily fobbed off by the pathetic obsequious excuse making and they kept at them like a dog with a bone until they HAD to give some sort of answer, pathetic though that answer was !!

Committee: «What are you doing about this man»?

holy see: «We are looking into it»

Committee «What do you mean «looking into it, what EXACTLY will happen to him? Will he be sent to face the laws of the lands he committed the crimes in?»

holy see: «unfortunately» » the vatican does not have any extradition laws, so we cannot do that»

Committee: «So what WILL happen to him, where WILL he be tried»?

holy see: «He will be tried at the Vatican»

Committee: «BUT that is NOT acceptable- and what will happen if and when he is found guilty?

holy see: «SILENCE»   they avoided this question for nearly SIX hours.
But the committee kept coming back to it time after time demanding an answer
Eventually, as Tomasi and his smug little fat sweaty side kick Scicluna squirmed and even attempted to joke!!!

They had to answer.

Again the Committee:  «WHAT will happen to this man??? «will he go to prison?

This is how they operate! This is how much they give a shit, and this is TYPICAL!!

As Wesolowski lies in «intensive care» their PR machine will be working overtime to get as much mileage out of that as possible, rather like this whole «court case» has been orchestrated to coincide with the pope’s visit to South America, attempting to show Francis in a good light!

And hence the show «trial» although they are still refusing to send him back to the other countries! Wesolowski is being sacrificed, NOT because they care a damn, but because they HAD to pretend to be complying with what has been told they MUST do! (They NEVER do anything unless they are forced into a corner!).
I have NO sympathy for Wesolowski, I don’t CARE if he has tried to commit suicide or the weight of his guilt has given him a stroke – but I have to say, it must be such a shock to realize that you are being made to be sacrificial to save the face of the church! Especially when you and your fellow criminals have had their protection for millennia!

Then I am asked if I think all of this heralds a new ‘truthful» attitude by the Vatican I cannot reiterate this enough!

THERE IS NO CHANGE AT THE VATICAN

It is STILL – and will remain a narcissistic totalitarian organisation.
(Narcissists do not change)
Now we need to turn our attention to the similar debacle taking place in the UK with this «Goddard» enquiry now begun.

They have «elected» a few «survivors» to sit on an advisory panel, they say it was a «competitive process», and I have no doubt it was! I have seen the names on that list, and I know that some of them are past masters at competing! Usually for MONEY!

And right in the middle of them (surprise surprise!) is the one who is also on the pope’s «commission»! He is nothing but a deluded  papal puppet! who spends most of his time «fund raising» and the rest telling the entire world how great  pope Francis is!

How can we EVER expect an unbiased viewpoint!

The Vatican can have NO involvement in any solution, whether directly or indirectly- they are the PROBLEM!

If it wasn’t for the severity of the crimes or the importance of justice for the survivors, it would be laughable.

Which is exactly what we are saying in our latest complaint to the UN committees as they examine the UK’s record.

*Sue Cox is a co-founder of Survivers Voice Europe, along with Ton Leerschool from Holland. Survivors Voice is an International Community of men and women who were abused by Catholic clergy in their childhood. This post was originally published on her blog: Sue Cox Diary of a recovered catholic, happy Atheist,Humanist – with just a tiny touch of ZEN!